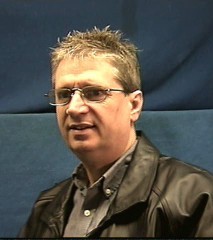 Dave Campbell lives near Seattle and is a seasoned minister. He traveled for many years, singing and evangelizing in the Northwest. He made several appearances on TBN’s local Praise the Lord as well as other television appearances in Alaska, Seattle and Vancouver areas. When Dave stopped touring, he became a children’s pastor near Seattle and introduced many innovative techniques for bringing the Bible to life for young minds. After a miraculous calling at a camp meeting he launched “Joy of Freedom” outreach ministry and pastored it for 9 years. The outreach is still ministering to the homeless, destitute and chemically dependent individuals, today.

Among the many pastoral privileges, Dave spent many hours counseling people who had severe issues in their lives. The experience he gained for practical life applications of Biblical principles has been invaluable. Dave brings many things to the counseling table, including good common sense and a ground roots approach to difficult and sensitive challenges.